Health Hazards in The Oil and Gas Industry 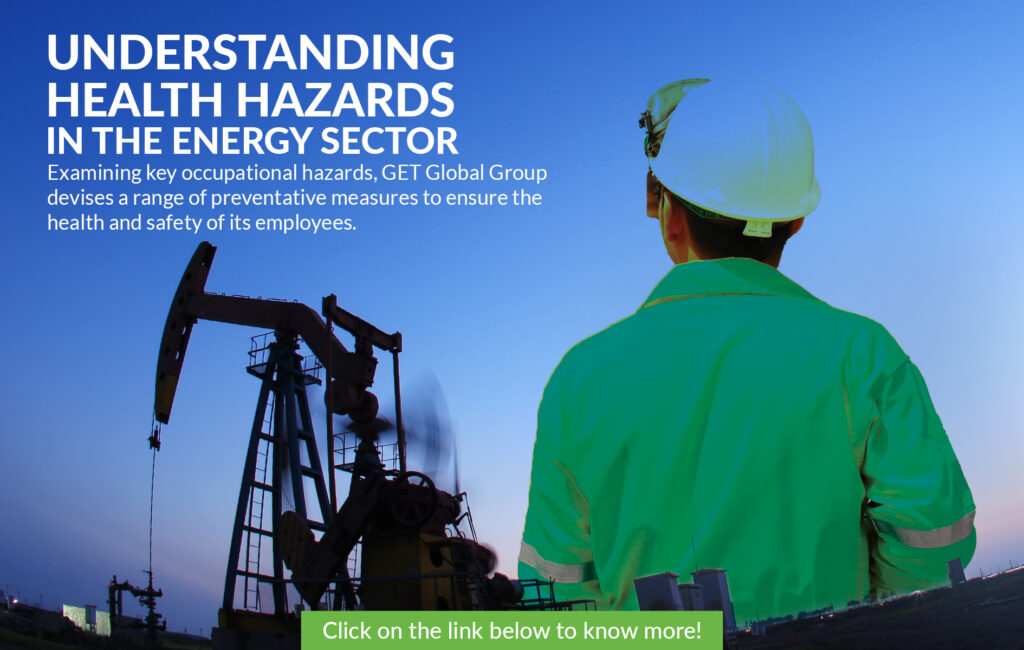 The oil and gas industry is amongst the most hazardous industries with its share of several safety and health hazards. The industry involves well drilling, developing oilfields, and extracting oil and related products from the oilfields. All these activities can adversely impact human health. Governments worldwide have implemented stringent regulations and guidelines to ensure compliance and minimize damage to health. With that said, even with the best preventive measures, the oil and gas industry is plagued with several types of health hazards, caused by chemicals and other harmful materials, some of which are discussed below.

Oil and gas personnel can also fall victim to hydrogen sulphide which is commonly released in oil and gas wells. Active monitoring for the gas, along with good planning and training of the workers can reduce the risk caused by hydrogen sulphide.

Oil and gas drilling and extraction are hazardous processes requiring workers to use dangerous chemicals, especially during the process of hydraulic fracturing. The degree of harm to human health depends on the chemical properties and toxicity of the chemicals involved. Then again, damage to human health can also be due to chemical burns and the inhaling of toxic vapours.

Oil and gas personnel may also experience fatigue due to working long shifts over multiple days in a row. This, in turn, can greatly impact their health, sometimes even leading to psychological issues.

Extreme temperatures: Extreme temperatures are a bane for personnel working oil rig jobs making them prone to heat illness in outdoor work sites. At the other end of the spectrum, occupational health hazard is the illnesses caused by extremely cold weather conditions.

These radioactive materials are generally released from oil and gas formations. Oil and gas workers who are more prone to these hazardous materials include those handling pipes and equipment, which could be contaminated with NORM. It is commonly found that drilling mud, sludge, and pipe scales often contain harmful levels of these materials. Adding to the danger is the fact that the affected equipment may be moved to another site for reuse, putting even more workers at risk. So, the reuse, recycling, or disposal of NORM may also cause exposure to the personnel.

There are several health hazards associated with hydraulic fracturing, one of the most critical being exposure to silica. In this process, workers may be in contact with respirable crystalline silica that may cause long-term damage to the lungs.

Another associated hazard here is occupational noise exposure implying that oil and gas personnel can be exposed to very high noise levels when they are operating the equipment.

Machinery, equipment, and vehicles used in drilling sites are mainly powered by diesel engines. Personnel working on drilling sites may be exposed to diesel exhaust containing harmful levels of particulate matter while operating these engines.

A career in the oil and gas industry can be an extremely challenging and rewarding one. However, on the flip side, the workers at oilfield training and drilling sites are exposed to several occupational hazards, including safety and health hazards. For one, oil and gas personnel have to work at remote sites, in extreme weather conditions ranging from very hot to extreme cold. Then again, they work with equipment that is usually powered by diesel engines putting them at risk of diesel fumes and contaminants. In drilling sites and processes such as hydraulic fracturing, the use of sand exposes the workers to silica. The drilling and exploration processes are fraught with health dangers, exposing workers to harmful chemicals whose toxicity varies depending on their chemical properties. Finally, sometimes, the equipment and residuals may become contaminated with radioactive material, and if they are reused, recycled, or not disposed of properly their exposure increases exponentially.

Keeping all occupational health hazards in mind, GET goes the extra mile to ensure the health and safety of all its workers. We impart regular technical training in oil and gas industry to our personnel and ensure that they are fully qualified to operate at remote sites, keeping all health safety aspects in mind. Apart from regular medical check-ups, we also hold oil and gas industry training, workshops and seminars to address their mental and emotional needs and thus ensure their psychological well-being. These workshops are designed and conducted by oil and gas experts. Further, we provide them with PPE kits to prevent exposure to chemicals and other hazardous materials and fumes. We are fully compliant with all international regulations and standards, and also all local mandates.