Evolution of Oil & Gas Energy Over the Years 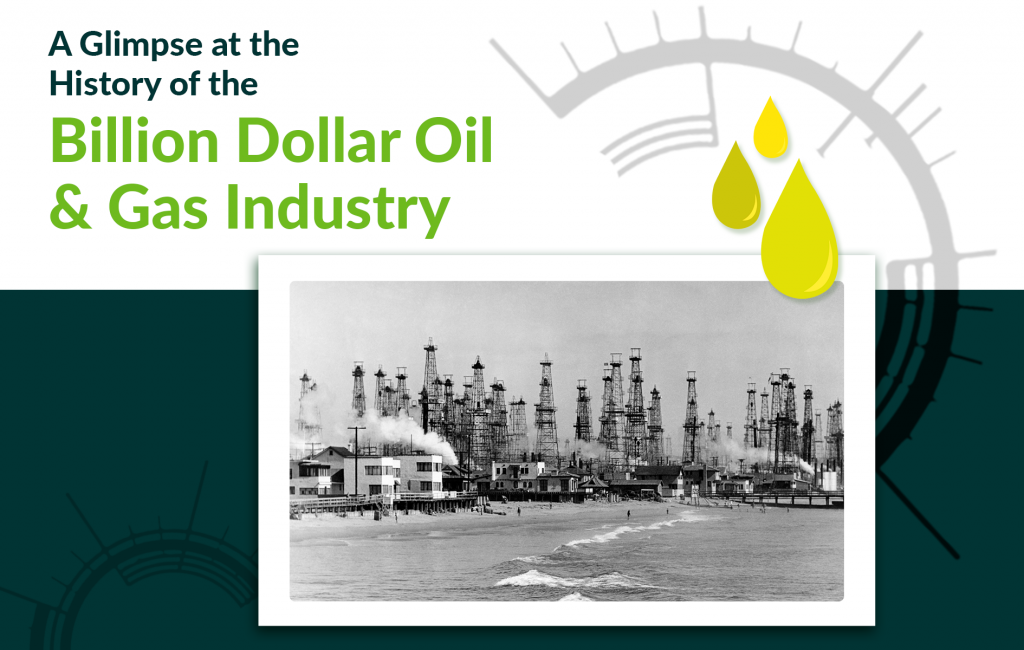 Oil and gas is a multibillion-dollar business today, but how, when, and where did it start? Let’s glance through the history of oil and gas till the modern era, shall we?

According to early historians, oil was initially discovered in pits and river banks in Greece and the surrounding territories about 4,000 years ago. However, the world’s earliest known oil wells were dug out of bamboo in China about 347 AD. It didn’t take long for the oil and gas sector to establish a presence in the surrounding Middle Eastern area, which it still relies on today. However, before that, oil and gas were used in lamps and construction metal.

The modern oil and gas business began in 1847 when Scottish scientist James Young achieved a breakthrough. He discovered a natural seepage of petroleum in the Riddings coal mine and distilled both a light thin oil for lights and a heavier oil for lubrication from this seepage.

These early pioneers, on the other hand, relied heavily on coal mine seepage and shale-based extraction rather than drilled petroleum. Early extraction procedures limited supplies, but Polish chemist Ignacy Kasiewicz learned to distil lamp oil straight from liquid petroleum that leaked from the earth. The first drilled, steam-powered oil well in the United States was put into service in 1859. Soon after it, the first oil pipelines were built. Early supply constraints were lifted, and the foundations of today’s oil and gas sector were established.

The introduction of electricity stifled the lamp oil business. But, just in time, the internal combustion engine would soon provide a large new source of oil demand, a market that has enabled the oil and gas sector to continue tremendous expansion to this day. Oil would eventually be used in electricity generation, boosting demand even further. New sectors, such as plastics, would also help to drive the demand required to sustain the oil and gas industry’s century-long expansion.

Edwin Drake is credited for utilizing cable equipment to dig the first crude oil well in the United States in 1859. The formation of the Standard Oil Company by John D. Rockefeller in 1865 was perhaps the most significant turning moment. This would solidify his reputation as the industry’s first “baron.” To become one of the largest and most successful corporations in history, Rockefeller began to use horizontal integration methods by buying up smaller competitors. In 1865, John D. Rockefeller established the Standard Oil Company, making him the world’s first oil baron. Standard Oil became Ohio’s most lucrative company fast, owning over 90% of the country’s refining capacity as well as several collection systems and pipelines. After Standard collapsed in 1911, one of its descendants, ExxonMobil, is now the world’s ninth biggest business by revenue.

The oil and gas sector will reach new heights in the 1900s that had never been seen before. Oil was originally viewed as a vital military asset during World War I since it fueled the ships, trucks, tanks, and planes employed in battle. Gasoline sales would surpass kerosene in 1919 and never look back. Until environmental concerns and alternate energy exploration become fashionable in the previous decade or two, World War II would only exacerbate this unrestricted expansion. Despite this, worldwide proven oil reserves have risen by 27% (350 billion barrels) in only the last decade.

Changes in the oil market in the late twentieth century shifted power from oil-consuming areas like the United States and Europe to oil-producing countries.

In reaction to corporations in the ‘Seven Sisters,’ Iran, Iraq, Kuwait, Venezuela, and Saudi Arabia founded the Organization of Petroleum Exporting Countries (OPEC) in 1960. OPEC now includes 15 member nations, which account for around 44% of global oil output and 81.5 percent of global oil reserves.

Following the 1970 energy crisis, there was a large oil oversupply in the 1980s. Petroleum production peaked in the 1970s, resulting in a significant spike in oil prices and a drop in demand.

Oil-producing countries suffered as a result of the oversupply, with OPEC striving to keep oil prices high by reducing output. Part of the Soviet Union’s demise can be linked to a loss of influence as an oil producer.

Due to the six years excess, with oil prices gradually rebounding in 1986, but a new oil surplus began in 2014 and is still having an impact on global oil prices. Despite competition from renewable energy sources, the oil and gas sector is nevertheless growing today, but in a more unpredictable condition than ever due to global events.

This decade and future (2021 and beyond) The oil and gas business is experiencing “severe compression,” which means that firms’ maneuvering space is limited. The future of work will be defined by transformation and people. The next several years will be critical in deciding the direction of the O&G  sector as a whole. Critics may refer to the new normal as cyclicality in the business. Organizations that perceive the next decade as a chance for change, on the other hand, are likely to not only survive but even lead the industry into the future of work. GET realizes the significance of the evolution of oil and gas energy over the years and thus, taps potential opportunities for the budding talent through its training solutions. If you believe that the history of the oil and gas industry has kept you interested in molding a career, you can take a look at this blog to see if you are the right fit.