Our approach to the Coronavirus (Covid-19) 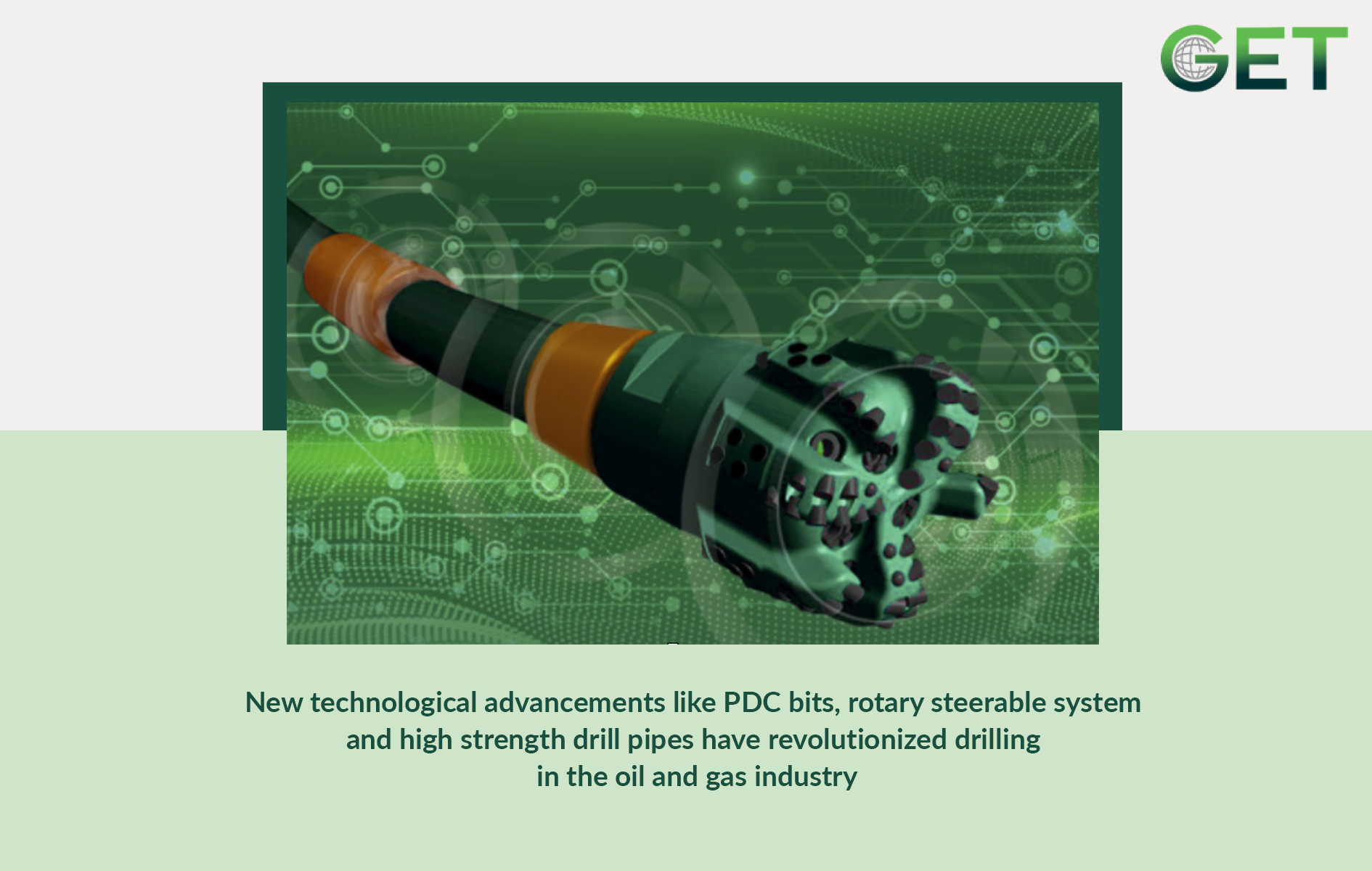 The Drilling business of the energy sector has changed beyond recognition, in keeping up with the advances in other industries. Advances in well drilling and completion technology have allowed the energy industry to tap into new supplies of oil and natural gas to fulfil expanding global demand. By allowing more oil and gas to be produced with fewer wells, new technologies have also helped to lessen the environmental impact of energy production.Technological advancements will be crucial in addressing global energy demand because they allow for the discovery of new resources, access to harsh or isolated places, and the development of difficult reservoirs that were previously uneconomic to produce.

Today’s thought is to complete a borehole portion in a single run. A 3000 ft. open hole would have required three wiper trips, one logging trip, and the removal of earlier liner or casing twenty years ago. A PDC Bit, a motorised RSS Sleeve set of logging While Drilling equipment, and a string of high strength drill pipe would make up the drill string today.

PDC bits have evolved throughout time to drill into a variety of rocks. The bit selection criteria have been taken up by the PDC bits. The vast variety of Hydraulics includes bottom hole and bit cleaning requirements, whereas the large range of PDC bit applications has resulted in significant cost reductions. These components have the benefit of being reassembled and reused. The number of blades varies from four to eight, with backup cutters to ensure a long life.

Companies that specialise in directional drilling now have their own drill bit production facilities, and the cost of the drill bit is included in their bids. This creates a symbiotic relationship between the Directional tools and the tool’s bit. The PDC bit is designed to work with the Drilling tool. The ROP has been revolutionised thanks to PDC bits. PDC bits with coupled motorised RSS now have ROPs of above 500 feet per hour. When properly selected, these bits can drill up to 25000 feet in a single run.

PC Drill bits are now designed to fit the type of hole and formation that will be drilled. The directional drilling industry has been transformed by the Rotary Steerable system. The drilled holes are significantly smoother and have no significant dogleg concerns. The Motorised RSS is the newest combo, with the Rotary Steerable system installed beneath a mud motor. This combination has the benefit of requiring greater RPM for PDC bits. Today’s top drive systems can spin drill pipe at around 250 rpm, and with the addition of a motor, RPMs in excess of 400 can be produced on the bottom. This results in a significant improvement in ROP, and faster pipe speeds aid hole cleaning.

If the cuttings are not removed from the well bore, problems such as lost circulation and clogged pipe can result. Most drill strings use an Annular pressure sensor instrument to measure ECD to prevent these problems. The smooth drilling of a well depends on monitoring and maintaining the ECD value within limits. This reading is displayed in the Driller interface by directional drilling companies to keep the driller informed about the hole conditions. Modern drill pipes have grown into high-strength, high-torque-handling machines. Today’s tool joints have a double seal and can withstand nearly twice the torque of standard pipe. The thread form has improved significantly, allowing for increased torque transmissibility and sealing qualities. These elements in the drill string have allowed for the drilling of 3D wells and more precise drain hole placement. At least three traditional directional wells are replaced by a large horizontal drain hole.

Shell is also working on a new form of well casing tube that would simplify the drilling process by allowing the entire well to be drilled with the same diameter. Wells are currently drilled following a stage-by-stage procedure:

● The original bore is bored down till the sides become unstable; much further down and the sides would collapse.
● The drill is turned off at this point, the bore is lined with steel pipe, and the gap between the bore’s side and the pipe’s exterior is filled with grouting.
● Because the following stage of the bore must be completed inside this hole, a smaller drill bit is employed.
● The drilling operation is repeated until the hole is on the edge of collapsing, at which point it is lined and the process is repeated, with the bore diameters decreasing each time.

Shell is working on an inflatable casing that would allow each tube’s end to be flared out so that it could fit over the tube below it.

This can be accomplished by using a steel grade that stretches while still maintaining the strength parameters required to stabilise the bore, or by using a slotted tube, in which a pattern of slots is scored into the surface of the outside and inside of the tube, not penetrating the full thickness of the steel but allowing the tube’s end to expand by stretching the thinner sections of steel left by the slots.
This method would offer a lot of benefits:

● For starters, it minimises the amount of energy required to drill the bore; larger bores need more energy because they must displace more material, therefore less rock must be removed for a given bore depth.
● It also has a smaller drilling equipment and consumes less steel, cement grouting, and drilling mud.
● It also makes it possible to reach higher depths.